King Se-jong was born in 1397 and ascended the throne in 1418 at the age of 21. He was the fourth king of the Choson dynasty. He died in 1450 at the age of 54 and is buried in a tomb in Yongnung where Se-jong Hall is also located.

King Se-jong is best known for inventing the Korean hangul alphabet in 1443 A.D. The hangul was later reduced from 28 to 24 letters. The hangul brought literacy to the general population, who could not read the classical Chinese language that was the official written language of Korea at the time. King Se-jong had great respect for scholarship, as demonstrated in his letter to Song Sam-mun (1418-1456), one of the scholars working on the Korean alphabet.


"Unlike many other occupations, scholars have the greatest responsibility to the people. Their work can ultimately improve the lives of all people for many decades. But if an academic becomes lost in his study, he cannot see how his work can benefit others. Therefore, like a well-balanced fencing stance, or a reasonable argument, the scholar's life must be even and balanced."

King Se-jong was a skilled swordsman and often referred to the sword. Like other warriors, he believed that life's problems could be solved in shaping the mind and body through the discipline of the sword. Like many modern martial artists and warriors, he pursued his craft for physical, mental, and spiritual benefits. In the same letter as quoted above, he addressed the creation of devising the phonic alphabet, again using a fencing metaphor:


"When I spar with the sword, I must judge to attack quickly, giving no quarter with ferocity, or to carefully assess my opponent's weaknesses, and land telling blows judiciously. Your problem - and indeed all of life's difficulties - can be seen in this light. I have no doubts that my sword will cut. It is up to my judgment based on experience and training to know how and when to lay the blade. I trust your experience and training will also lead you to a successful resolution of this problem."

As a true warrior, King Se-jong practiced the ways of war but preferred peace. An entry from his journal states:


"The sword is a weapon of peace. With this sword, I stand ready to defend my lineage, my family, my friends, and always, always our blessed country."

The fifteenth century is remembered as an age of peace and prosperity under King Sejong's rule. His contributions to Korean society were many during his 32-year rule.  He compelled the production of a sundial, a water meter, a rain-gauge, planetariums, a celestial globe, and astronomical maps.

In 1420, King Sejong established the Chip-yon chon (Hall of Worthies), a royal research institute. He gathered the foremost scholars and writers of the time and had them compile some 20 works on history, geography, astronomy, mathematics, military science, pharmacology, and agriculture, as well as encyclopedias on Chinese medicine and Korean medicine (hanyak). The collection also includes some of King Se-jong's own poems praising Buddha entitled Worin Chon-gangjigok.

King Se-jong governed his people with affection and virtue. He was willing to see his own mistakes and was quick to point out other's integrity, thus endearing him to his friends and subjects alike. King Sejong's strength of character and remarkable intellect were combined with genuine humility. In his journal, he wrote:


"All that I am, or will be, I have learned from my family, my friends, my teachers, and training with the sword."

Number of Movements:  24 (The 24 movements represent the 24 letters of the Korean alphabet). 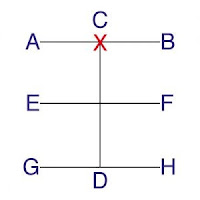